Derek Ferland is the County Manager for Sullivan County and is responsible for fiscal and administrative oversight of County operations including:

He works closely with County elected officials and regional programs such as the UNH Cooperative Extension and Greater Sullivan County Public Health Network. The County's annual budget is $34.7M and there are 300 employees.

Ferland was appointed to his current position in March 2017.  He is a native of Sullivan County and graduated from Stevens High School in Claremont.  Upon graduation, he attended the United States Air Force Academy and served for nearly 22 years as a Civil Engineer Officer.  Ferland retired as a Colonel from the Air Force in January 2017. 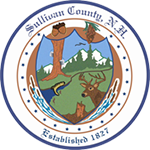